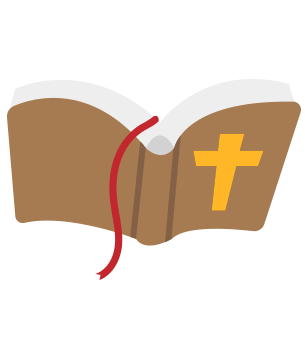 Second Sunday of Lent (Year B)

Second Sunday of Lent (Year B)

God put Abraham to the test. He called to him, “Abraham!” “Here I am!” he replied. Then God said: “Take your son Isaac, your only one, whom you love, and go to the land of Moriah. There you shall offer him up as a holocaust on a height that I will point out to you.” When they came to the place of which God had told him, Abraham built an altar there and arranged the wood on it. Then he reached out and took the knife to slaughter his son. But the LORD’s messenger called to him from heaven, “Abraham, Abraham!” “Here I am!” he answered. “Do not lay your hand on the boy,” said the messenger. “Do not do the least thing to him. I know now how devoted you are to God, since you did not withhold from me your own beloved son.” As Abraham looked about, he spied a ram caught by its horns in the thicket. So he went and took the ram and offered it up as a holocaust in place of his son. Again the LORD’s messenger called to Abraham from heaven and said: “I swear by myself, declares the LORD, that because you acted as you did in not withholding from me your beloved son, I will bless you abundantly and make your descendants as countless as the stars of the sky and the sands of the seashore; your descendants shall take possession of the gates of their enemies, and in your descendants all the nations of the earth shall find blessing— all this because you obeyed my command.”

Brothers and sisters: If God is for us, who can be against us? He who did not spare his own Son but handed him over for us all, how will he not also give us everything else along with him? Who will bring a charge against God’s chosen ones? It is God who acquits us, who will condemn? Christ Jesus it is who died—or, rather, was raised— who also is at the right hand of God, who indeed intercedes for us.

Jesus took Peter, James, and John and led them up a high mountain apart by themselves. And he was transfigured before them, and his clothes became dazzling white, such as no fuller on earth could bleach them. Then Elijah appeared to them along with Moses, and they were conversing with Jesus. Then Peter said to Jesus in reply, “Rabbi, it is good that we are here! Let us make three tents: one for you, one for Moses, and one for Elijah.” He hardly knew what to say, they were so terrified. Then a cloud came, casting a shadow over them; from the cloud came a voice, “This is my beloved Son. Listen to him.” Suddenly, looking around, they no longer saw anyone but Jesus alone with them. As they were coming down from the mountain, he charged them not to relate what they had seen to anyone, except when the Son of Man had risen from the dead. So they kept the matter to themselves, questioning what rising from the dead meant. 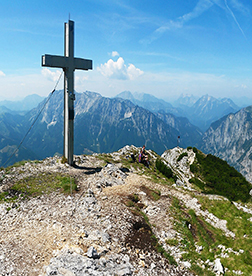 Today’s readings narrate two pivotal events. First is the story of Abraham’s sacrifice of his only son and second, the episode of the Transfiguration of Jesus. The former had made Abraham the Father of Faith (rf Romans 4:16) and brought blessing, not only to the Jewish people, but also for all the nations of the earth. This blessing was finally realized in the Passion, Death and Resurrection of Jesus—“the son of Abraham” (Mt.1:1). The latter which was accounted in all three Synoptic Gospels revealed what kind of blessing it is: the heavenly splendor when the old (represented by Moses and Elijah) and the new (represented by the three apostles) people of God are brought into the communion of the Blessed Trinity in eternal glory through Jesus the mediator.

These two events happened on a mountain. It was not a coincidence but meant to be symbolic. It was an ancient idea that mountains were places “closer to God” who was believed to dwell in heaven (the sky) and where God often revealed Himself (Gen 22:1-14; Ex 3:1-2, 19, 24:12-18; 1 Kings 18:1-46, 19:11-13). But apart from their natural physicality, Pope Benedict XVI says that “mountain is a place of ascent—not only outward but also inward ascent” that is, they can be sites for transcendent spiritual experiences. In order to reach the summits, one has to stay focused and be prepared to face the challenge and even sacrifice that may arise while ascending. Yet the exercise liberates us from our “burden of everyday life” and can be transformative for “[they] offer a view of the broad expanse of creation and its beauty”. They lift us out of the mundane concerns to a divine reality. It is an ascent of faith. In the case of Abraham, he passed the test of faith. In the case of the apostles, Jesus prepared them for the test of faith.

Today Jesus takes His apostles with Him once again to His favorite place, the mountain. He reveals to them His true identity and comforts them with a glimpse of the future glory before His impending death. He invites us to go with Him too. Which mountain will you accompany Him? Which one will you stand on?

N.B. All quotations are taken from Pope Benedict XVI’s Jesus of Nazareth (from the Baptism in the Jordan to the Transfiguration) P. 309.