Index
Farmers around the world
← Day 31 Sowers wanted! Day 33 GOOD NEWS: For God, nothing is impossible! →

Do you know how important you are to God?

“This is my beloved Son, with whom I am well pleased.” 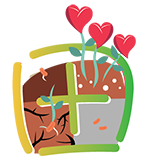 Yesterday (Day 31), we reached an important milestone when we shifted our attention from attending only to our own garden to responding to God's call to become a labourer attending to the harvest. And we also mentioned about becoming evangelists in yesterday's reflection, “Sowers Wanted”. One may ask: “am I asked to be a labourer for the harvest, or a sower? How much does God want of me? In fact, we are both, and everything in between.

“God so loved the world that he gave his only Son, so that everyone who believes in him might not perish but might have eternal life.” (John 3:16)

No one on earth could ever fully comprehend what the scriptural quote above entails. God has given everything to us including His beloved Son. Jesus, the Son, in turn, has given everything to the Father and by obeying His Father's will, offered His life for us. Jesus is the Word who creates; He became flesh to live among us. He is the Savior to save, He is the Shepherd to lead us, the Teacher to show us the way, the truth and the life (cf. John 14:6); the Healer to heal our wounds and to cure us; and even the Lamb sacrificed dying for us to redeem us… He is everything to us!

God relentlessly relates to us in so many different ways, and Jesus did everything He could so that we can once again, become one thing to the Father, His children. And yet, we have resisted relating intimately to Him and doing for Him anything beyond our desires for independence and freedom. We have hesitations in accepting our responsibilities as heirs to His Kingdom. This is the reality of our relationship with God. God gives everything, and we give close to nothing.

We know from our experience such an imbalance in a relationship will not last. A marital relationship has to be mutual in how husband and wife commit to one another. This is how God sees our relationship. It is a covenant. It won't last if one gives everything while the other commits only a little. The imbalance will suffocate the relationship. And this imbalance is oftentimes the root of all the other problems. If this piece doesn't work, nothing else will. And we won't be willing to do beyond what is the minimum. God is all in! And so must we, if we really take it seriously.

So, not only should we become the sower, and the labourer for the harvest; we should also become the gardener, even the sprinkler if this is God's will! God has not only given us everything, He has given us the best. Now is our turn to return to Him all that we have and are. And to use whatever gifts (talents) He has given us to earn as many souls (lost sheep) for Him. The gifts given to us are not only for us to do things for Him, but also to use them in order to relate to Him, to love Him dearly.

The responsibility as an heir of God and joint heir with Christ is not to be taken lightly. With great privileges come great responsibilities.

Do I see my relationship with God as the most important relationship I have in life? Am I willing to commit to God all in? 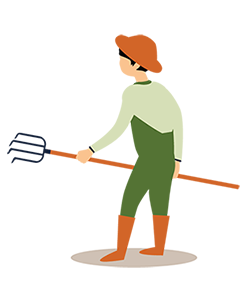 Dear Lord, I thank you for revealing to me once again that I am your everything. I am sorry for always hesitating to give you my all. Help me to say Yes to you as Mother Mary accepted you completely into her life.

As my response to your invitation, Lord, I desire nothing else but You! Beginning today, I shall fixate my gaze on You always, to really taste Your goodness!